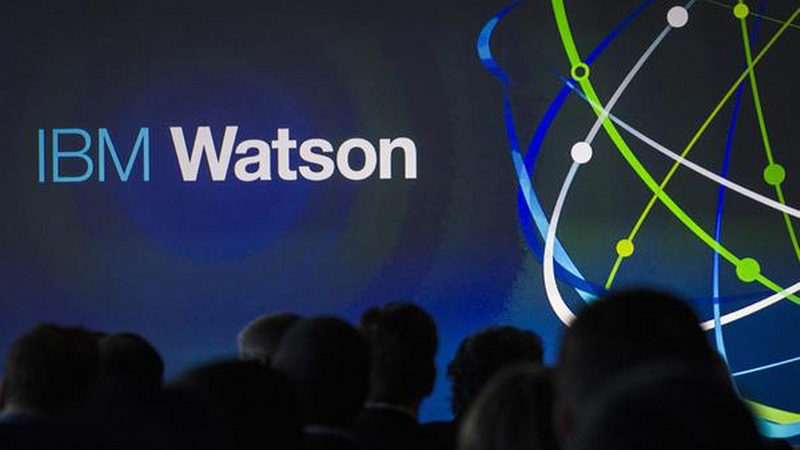 Both of these experts overlapped in their curiosity of Watson’s potential as well as their excitement to attend the upcoming World of Watson Conference. Wright, whose landmark testimony before Congress on healthcare.gov changed how the U.S. government collects our personal data, placed an emphasis on the collaborative opportunities that arise between experts as a result of Watson and the upcoming conference.

“…when I was the Vice President hiring people – my whole job was to be the dumbest guy in the room. And it’s not going to be too tough at the IBM World of Watson to be the dumbest guy in the room. But that’s okay. That’s the way I think, learn. So I’m a law-enforcement, public safety guy, intelligence guy. I love some of the stuff they’re doing with analytics there. Because we’ve got more and more data we need to process to keep America safe, to keep our nation safe, to keep our partners safe.  You know, and our allies that are out there in this fight against terror and fight in these other areas.” – Morgan Wright

Clearly, Morgan’s interest in Watson and the future of AI extends into his domain of law enforcement and how that profession has come to rely upon data collection and analysis not too dissimilar from a modern day Sherlock Holmes, only with the capacity to process 500 gigabytes, the equivalent of a million books, per second. But it’s not just a matter of having the world’s information at your fingertips. We’ve had that thanks in big part to Internet search engines such as Google.

Watson is a QA (Question Answer) technology that’s as much about the input as the output. In other words, it is able to process natural language inquiries to provide the best answer. By understanding context and the real intent behind our questions, Watson is able to deliver the most precise and overall best answer for our needs. This goes far beyond standard query searches that simply look for documents based upon keywords and rank them in order of relevance. But how does all that artificial brain power translate to the needs of cybersecurity and law enforcement?

For Shah, the potential to collaborate with other professionals and bring in big data to pick up on little patterns or anomalies is enticing.

“I talk to people from the FBI, law enforcement, etc. regularly and all they’re saying is there’s too much data. There’s no way that we can look at all of the video in body-worn cameras in order to find out where the crimes are taking place…If we could get systems to tell us look this is weird. And it makes a phone call even to say hey, Morgan, something looks weird here. I found this and, you know, it touches on the same point that he was making is that human-to-human connection that’s going on could actually be initiated by machine.”

Shah continues, “…a collaborative tool that says let me bring together multiple people from different places and then show them what’s going on so they can take the next step. That’s what I see the power of the machine-to-machine being.”  – Shahid Shah

In her opening remarks at Watson World, IBM CEO, Ginni Rometty was clear to point out this very notion. Watson was never designed to collect, process and execute commands without any human intervention or authority. The cloud-based nature of AI can sometimes intimidate and even scares many but by design, Watson has always been about calling the attention of people to data patterns and bringing other experts into collaborate based upon that data.

“I don’t want a Skynet. You know, I don’t want the terminator coming in and Arnold, you know, and taking over. But I do think that there is a role for technology to support and inform the decision making process that humans have to do.” – Morgan Wright

“What we want to look at in these products now is to say what can we do to take experts in their fields, like taking somebody like Morgan who is an expert in intelligence rather than me who is an expert in cybersecurity and technology and those areas…so that when I give anything over to an expert like Morgan he’s able to now go much further, much faster because of what the machine told him about what was going on in the data.” – Shahid Shah

The cognitive intelligence of these big data systems such as IBM’s Watson are already touching millions of lives in business and consumer efforts. Once this data is bridged between autonomous sensors, healthcare professionals and scientific communities, the possibilities are such that even Watson would have a hard time calculating the benefits.

Morgan Wright is an internationally recognized expert on cybersecurity strategy, cyberterrorism, identity theft and privacy. His landmark testimony before Congress on healthcare.gov changed how the government collected personally identifiable information. He’s made hundreds of appearances on national news, radio, print and Web and has spoken to audiences around the world. Previously Morgan was a Senior Advisor in the U.S. State Department Antiterrorism Assistance Program and Senior Law Enforcement Advisor for the 2012 Republican National Convention. In addition to 18 years in state and local law enforcement, Morgan has developed solutions in defense, justice and intelligence for the largest technology companies in the world.

Shahid Shah is an internationally recognized and influential cybersecurity and risk management expert. He is a Technology Strategy Consultant to many federal agencies and winner of the Federal Computer Week’s coveted Head 100 award for his work on the government’s largest secure collaboration space. Shahid has led or participated in numerous cybersecurity risk assessments, threat assessments, risk management, penetration testing and overall systems quality efforts in multiple government agencies as well as medical devices, insurance and health IT sectors over the past 17 years.

This blog appears on The Huffington Post for which Scott Schober is also a regular contributor.