Home » Smartphone Technology » When The Lines of Communication Are Down

Facing yet another storm this week, we here in New Jersey are just beginning to dig ourselves out from the superstorm that was Sandy last week. Our BVS headquarters are located in Metuchen which is about the center of NJ so we were hit hard by downed trees,   flying shingles and of course, no power. We lost power for a full business week but even if you had power, you would’ve noticed the lack of cellular coverage too.

The FCC announced that 25% (down to only 15% at the time of this writing) of all cell towers have been knocked out in 10 states by hurricane Sandy. Of course this represents a disaster scenario but regular maintenance and repair of cell towers occurs all the time. At any given time, cellular towers from any carrier can go down leaving not only your tweets and likes hanging out there but also important 911 emergency calls. 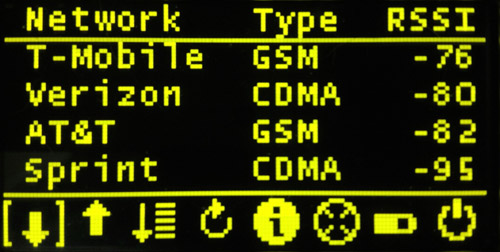 The ability to troubleshoot these cell towers for any reason has led to the development of the Squid-PRO M2M Installation Tool. As the name suggests, this tool specializes in realtime measurements of all major carriers (AT&T, Sprint, Verizon & T-Mobile) for best placement and antenna alignment for M2M installations. These M2M installation sites range from kiosks in malls to EV charging stations being deployed all over the country. Squid M2M Tools covers all 3G & 4G bands in the U.S. and is available now direct from BVS for under $2000.