Just a few years ago, only militaries and government agencies had access to sophisticated drones, but today anyone can buy them for just a few hundred dollars. The basic hardware has been around for decades in the form of remote-controlled helicopters. Today drone operators can equip them with high-definition cameras, Wi-Fi detection tools and other sophisticated equipment.

It’s important to remember that drones can have a positive impact on our daily lives. A company in San Francisco is testing drones that could be used to deliver medicine to people in under 12 minutes. Last month a company in India made the first pizza delivery by drone. Wildlife officers are using them to track wild animals, scare away problem geese and detect poachers. But what was once just a fun toy for hobbyists now has the potential to help criminals spy on you, deliver illegal goods and steal valuable information. 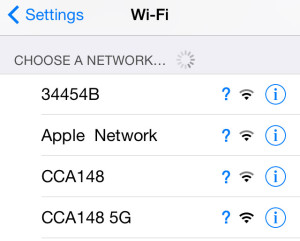 When you connect your smartphone or tablet to a Wi-Fi hotspot, it remembers the network information. When you leave the Wi-Fi feature turned on, the device constantly scans for these remembered connections unless it’s connected to another hotspot. Hackers can install software on their drones that fools your device into thinking it has connected to a remembered hotspot. Once your device is connected, the software can capture sensitive data such as the device’s unique MAC address, usernames and passwords.

Just a few days ago the French World Cup soccer team complained they were spied upon by a drone while practicing in Brazil. The controller can fly the drone by remote control, but they can also have the drone lock onto a specific device or person and follow them on its own.

As the medicine and pizza delivery drones illustrate, drones can deliver small payloads. While there’s nothing wrong with getting some aspirin delivered to your house, criminals could use them to deliver illegal drugs without risk to themselves. Remote-control helicopters have already been used in attempts to smuggle contraband cell phones into prisons in Taiwan and Brazil. In November 2013 prison officials in southwest Georgia arrested four people for delivering rolled-up tobacco into a prison using a drone. While all of these efforts failed and the contraband was intercepted, there’s no telling how much literally flies under the radar.

What You Can Do

Like many other technologies, the law has yet to catch up with the increasing sophistication of drones. The Federal Aviation Administration has issued a small number of drone permits to researchers and law enforcement agencies, but Congress has ordered the restrictions relaxed by 2015. Most states have no specific legislation against them, and the FAA estimates up to 30,000 civilian drones could be flying by 2020. The organization is still in the process of deciding what restrictions will apply once the date arrives.

In the meantime, always make it a habit to turn off your device’s Wi-Fi feature when you’re finished using it or leave the area. Not only does it prevent your information from getting stolen, it saves the device’s battery life as well.