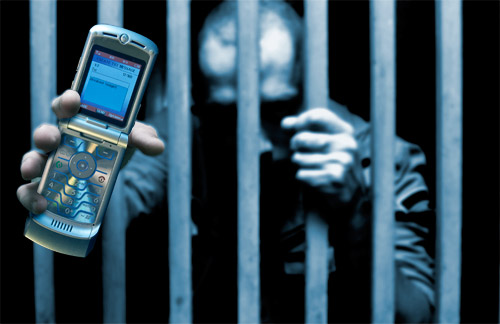 Prisoners are doing much more than serving time behind bars

With literally billions of mobile phones being used each and everyday around the globe, thieves can rob you from their arm chair or even from their cozy cell in prison.

Some of the latest scams to surface involve thieves using their smart phones and target the innocent.  One of the more popular scams is where prison inmates smuggle in a contraband cell phone from a corrupt lawyer or crooked corrections officer.  Once the phone is in their hands they will place a collect call that swindles the unassuming recipient by getting them to dial ‘*72’ on their end.  The innocent victim is actually activating the call forwarding feature which basically hands control over to the inmate to place long distance calls to friends and family.  They often like to rack up the victim’s phone bill by dialing 900 numbers where there are direct fees incurred.
To combat this problem BVS has developed a line of advanced instrumentation that catches the inmates in the act of making a mobile phone call from their cell.  The Wolfhound-PRO is an effective cell phone detector that detects and locates contraband cell phones in prison.
Everywhere you turn, be it radio, internet, newspaper or the TV, there is talk of the election.  Criminals use this as an opportunity to exploit voters by calling various mobile phones till someone picks up.  They inquire if you would be in interested in a brief voter survey and offer a chance to win a free vacation or cruise.  Upon conclusion of the survey they ask for your credit card number to cover small charges for cruise port fees or taxes.  And now that they have your credit card they can go on a shopping spree.

BVS, Inc. CEO | Author | Speaker | Cyber Security & Wireless Expert at Scott Schober LLC
Scott Schober has presented extensively at cybersecurity conferences for banking, transportation, construction, telecommunications and law enforcement industries. He has designed and overseen the development of dozens of wireless test and security products used to enforce a “no cell phone policy” in correctional, law enforcement, and secured government facilities. Scott is regularly interviewed for leading national publications and major network television networks and news programs including Fox, Bloomberg, Good Morning America, CNN, MSNBC, CGTN and many more. He is the author of 'Hacked Again', a book (“original hacker’s dictionary for small business owners” according to Forbes Magazine) he wrote after being hacked himself in order to help others learn from his own security missteps.