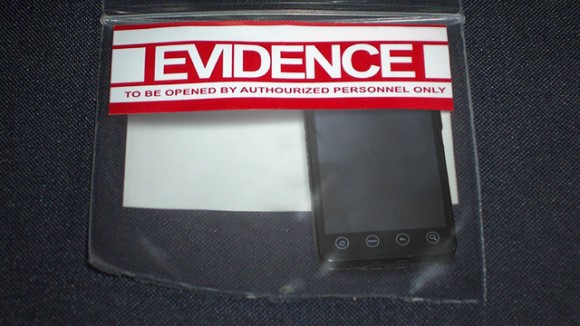 On June 25th, the US Supreme Court struck a blow for digital privacy rights by ruling that in most cases police must get a search warrant before searching a suspect’s cell phone. The court ruled unanimously on two separate cases, one involving a feature phone and the other a smartphone.

There’s no question any cell phone can contain data that could be helpful in a prosecution. Photos, call records, text messages and emails can link the owner to crimes, victims and known criminal accomplices. There are a few cases where law enforcement personnel can search a phone without a warrant, such as when not examining the device would endanger public safety. For example, if a bomber or kidnapping suspect were apprehended and the police needed to search their device to prevent greater harm.

The process for obtaining a search warrant can take anywhere from a few hours to several days. This leaves law enforcement personnel with the dilemma of how to safeguard any information on the device until they can obtain the warrant.

Bad Guys Can Reach Out and Delete Some Evidence

Don’t make the mistake of thinking just because the phone is out of the suspect’s possession it means the data on the device is safe. Some phones allow the user to wipe or alter the information over the Internet, and it’s not just limited to smartphones. An accomplice or a suspect out on bail could change or delete incriminating evidence such as call logs and contact numbers without even touching the phone. 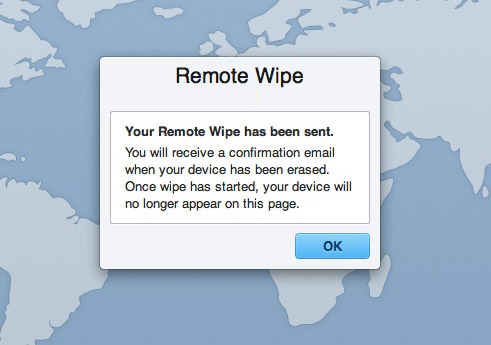 Even turning the phone off isn’t a safeguard, since it will receive and carry out the change or wipe as soon as it connects to the cellular network. While law enforcement personnel can isolate smartphones from the network by activating airplane mode, most feature phones lack this ability and many owners secure their phones with access codes anyway.

Cutting Seized Phones Off From the Wireless Network

The solution to this remote alteration problem lies in Faraday evidence bags. Faraday look similar to the familiar static shield bags used to protect electronics sensitive to static shock, but don’t be fooled into thinking they’re the same thing. 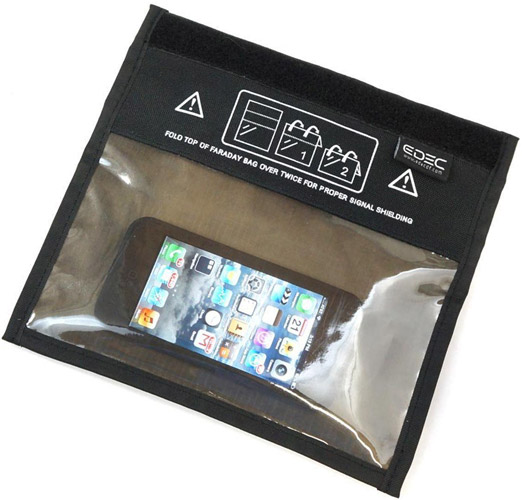 Cell phones communicate wirelessly by sending and receiving electromagnetic radio waves. A Faraday bag isolates the cell phone from radio waves and prevents communication with the outside network by completely surrounding it in conductive material. Since the electromagnetic waves do not penetrate the bag, the cell phone is completely cut off from the wireless network. If you’ve ever dropped a call when riding in a metal elevator, you’ve seen this effect in action.

When law enforcement personnel seize a device, they should turn feature phones off and place smartphones into airplane mode. Since the phone doesn’t have any signal inside the bag, the battery will run down quickly as the device continues to search for service. 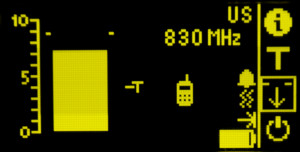 Before law enforcement personnel can secure the phone, they need to find it. Here at BVS, we’re the phone-finding experts. Our line of cell phone detection equipment can locate cell phone from up to a mile away and find them hidden inside other objects, even people. Contact us today for advice on finding and safeguarding digital evidence on mobile devices.