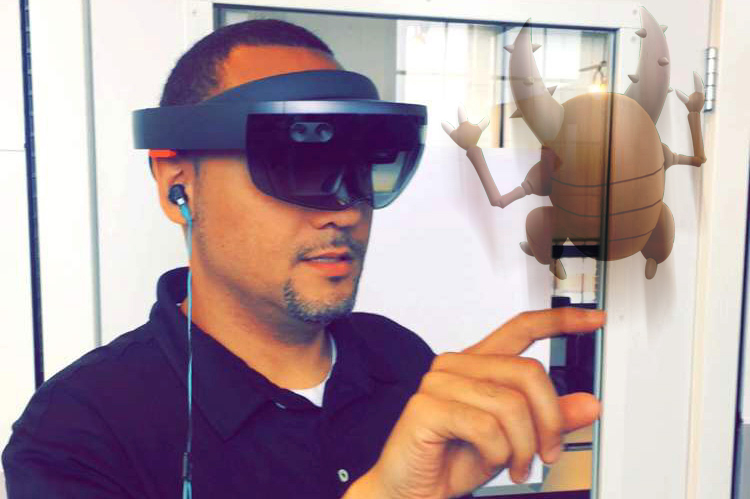 It’s been a wild ride for Nintendo over the last few weeks. Amid a weak quarter of hardware sales, Pokemon Go was released and quickly became the most downloaded new game in App Store history. Nintendo stock shot up breaking the Tokyo record this century but then quickly settled back down as soon as investors realized Nintendo only owns 32% of the Pokemon company. Niantic (spawned from Google who still owns a stake in them) is actually the company behind Pokemon Go as well as another AR (Augmented Reality) game called Ingress. Like Pokemon Go, Ingress uses real world locations and landmarks in order to drive real people to game scenarios. Both games actually share the same mapping data points and superimpose graphics onto the real world in order to create this AR effect for players. But both games also underlie a nascent industry ready to blossom. So did a children’s game from the 90s just save the multi-billion dollar Augmented Reality industry?

Both AR and VR (Virtual Reality) have been with us for a while now. The first commercially available VR tech lies on a timeline dating back to the 70s! But after a few stalled attempts in the 90s and 00s, the public seems to have grown impatient with VR’s unfulfilled promises of truly immersive experiences. So VR and AR would have to wait another decade or so until a new technology could rekindle the enthusiasm originally sparked decades earlier. That new technology came in the form of the modern smartphone. With their sleek and thin designs, high resolution displays, array of sensors and supercomputer processing power, smartphones (led by iPhone and flagship Android phones) became the perfect proxy for a dedicated VR or AR device. After all, that $800 computer in your pocket is good for more than just texting, right?

AR and VR enthusiasts share a lot of the same goals but ultimately differ in opinion when it comes to content. VR fans enjoy the experience of interacting with new and fantastic worlds. AR users prefer the real world as a foundation but enhanced with layers of computer generated graphics that entertain, instruct and inform users. So far, a true VR experience without physical limitations of the room size, for example, has not been created. VR users might feel immersed in space or flying over the Earth but they always risk bumping into a wall if they stray too far from the center of the room. VR gear is also much more likely to be tethered to a nearby PC. Since generating a CG world from scratch requires more processing power, powerful VR platforms such as Oculus Rift and HTC Vive still require connection to a powerful PC. By contrast, most AR can get by with just about any decent smartphone and doesn’t require nearly as much additional hardware that VR uses. There’s no clear winner but that’s because they are both out to do different things.

Mass Ideation’s Founder and Creative Director, Miguel Sanchez, is trying to bridge the gap between AR and VR. As a Microsoft HoloLens developer, he finds himself with a lot of potential tech and customers. It’s just a matter of sorting out the good ideas and business models from the bad ones.

“It’s all about the story. The tech will always be around getting better and better. But without a story to capture and hold the users, they will never truly connect with the technology,” Miguel says.

Part of his expertise comes from using Microsoft’s HoloLens. Not quite VR and not quite AR, HoloLens claims to be MR (Mixed Reality) which I’m told is more than marketing jive. MR allows HoloLens wearers (and even those not wearing the device) to have true interaction with virtual characters, objects and worlds. So instead of simply projecting an animated character on a chair, MR allows the HoloLens user to walk around the real chair and the virtual character, all seamlessly as if it were a real person. Then through voice commands, lighting cues or hand gestures, the character would react just like a real person.

Where do we go from here?

Up until recently, it seemed like the big players in the VR space were Oculus Rift (purchased by Facebook for $2 Billion) and HTC Vive but with Sony Playstations’ recent VR announcement and release date of October 13, 2016, the space is heating up quickly. On the other hand, AR has been relatively quiet up until July 6th of this year. The release of Pokemon Go signaled a huge wave of public awareness, investor excitement and developer interest. Sure, novel AR apps for iOS and Android such as Night Sky™ have been around for years but nothing captured the world’s attention all at once like Pokemon Go. Overnight, Nintendo and Niantic became synonymous with AR on mobile platforms all for just developing software for use on smartphones made by Apple and Samsung for the most part.

“VR has been a slow burn and will eventually catch on everywhere but AR is poised to blow up overnight. There are so many AR applications that I have to turn some clients away if they don’t present a clear vision or business for their AR idea,” Miguel continues, “Things like Pokemon Go are huge for AR right now. It might not be the most advanced augmented reality demo, but Pokemon introduces so many people to the possibilities.”

Microsoft is still the only real hardware player in the AR space with HoloLens but with Google-backed Magic Leap and Google’s own internal Tango on the horizon, it’s only a matter of time before everyone gets to experience their own augmented reality.