Home » Privacy Concerns » Is TikTok the Devil You Know or Worse? 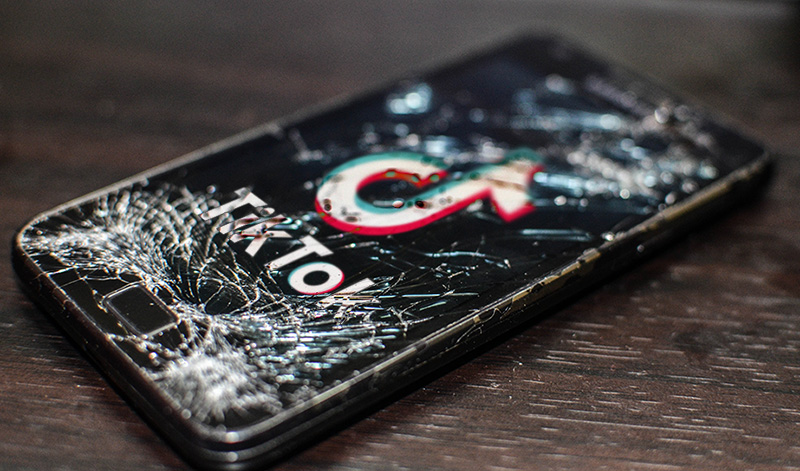 FCC Commissioner @BrendanCarrFCC just threw down the data protection gauntlet via Twitter regarding TikTok’s Chinese ownership and data privacy practices (and deceptions). Is this a real attempt to bolster the data privacy of US citizens or just a misguided distraction? And given recent U.S. Supreme Court rulings, is TikTok’s data harvesting any more dangerous to our privacy rights than our own government?

The TikTok threat narrative goes back to the tail end of the Trump administration. Shortly after a Trump political rally was derailed via TikTok activists and then mocked all over social media due to low attendance, the Trump administration decided to put the popular social network in its sights. This was to be the latest ban of a Chinese government owned company that operated in the U.S. following the bans of Chinese telecom giants Huawei and ZTE. These threats were never officially carried out in the U.S. but Canada and Australia have also begun efforts to make similar bans.

You may recall some of the confusion that first made headlines after Trump signed an executive order banning TikTok. A federal judge struck down the Trump administration’s efforts to ban TikTok, but from there followed a dizzying array of rumors involving potential U.S. companies such as Oracle that could house TikTok data or companies such as Microsoft that could simply buy TikTok itself. This Wikipedia page offers more details on the controversy than this blog could ever contain.

Now with a few more countries joining the fray, U.S. FCC Commissioner, Brendan Carr has chimed in with his inflammatory tweets about TikTok’s nefarious data practices and his concerns are not unwarranted. “TikTok doesn’t just see its users dance videos,” he tweeted. Carr posted a report that details the abusive collection of keystroke patterns, biometric facial and voiceprints, location data, browser history and of course all of the user’s likes and dislikes across TikTok. Some of this data is surely an overreach while other data is standard collection for any social media network including the controversial Meta’s Facebook.

ByteDance, the Chinese government owner of TikTok, has promised that all data on U.S. TikTok users resides on servers within the United States. However, according to a recent BuzzFeed story, U.S. user data has been repeatedly accessed from China since October, 2021. Another concerning issue is that of 3rd party data sharing. TikTok continues to allow an alarming amount of 3rd parties access to data which can track, market to and share to even more parties even after TikTok users opt out of data sharing.

Commissioner Carr cites App Store policies on surreptitious data harvesting and has called upon Apple and Google to immediately remove TikTok from their stores. One the past few years, TikTok has risen to surpass former chart toppers FaceBook and Zoom as the number 1 app download worldwide with over 3.5 billion downloads. According to a Pew survey, two-thirds of Americans see China as a major threat  but what about our own government?

Trust in U.S. government institutions is nearing a historic all-time low among the American public according most surveys and while these numbers break down differently along party lines, we see a clear trend downward. False claims of a rigged presidential election gave way to an attempted insurrection in 2020 and we continue to see further lies, willful ignorance and erosion of democracy brought to light in the ongoing Jan 6 committee hearings. On top of all this distrust and doubt, we also see an historic low confidence in the U.S. Supreme Court according to the latest Gallup polls. Recent partisan-driven SCOTUS rulings have left a bad taste in the mouth of many Americans which begs the question: What can protect Americans from data harvesting by our own government?

One of the original proposals was for was for an American company to purchase a controlling share of TikTok in order to operate in the U.S.. With so many state laws now going into effect threatening to imprison and fine Americans for personal rights and freedoms they held for the past 50 years, what’s to prevent TikTok data from being used to target, publicize and prosecute any violators or those that aid them? After all, even with all the private data harvested in world, China still cannot make any laws that oppress certain Americans. Right or wrong, that is the domain of the U.S. legislators and court decisions.

Laws and controversies are transitory but data is not. All data that is not deemed private nor protected can be used against people and their associates as laws, trend and social norms change over time. That is why I always urge people to maintain the smallest digital footprint possible, keep your data backed up and protected with strong passwords and never share personal data with anyone.