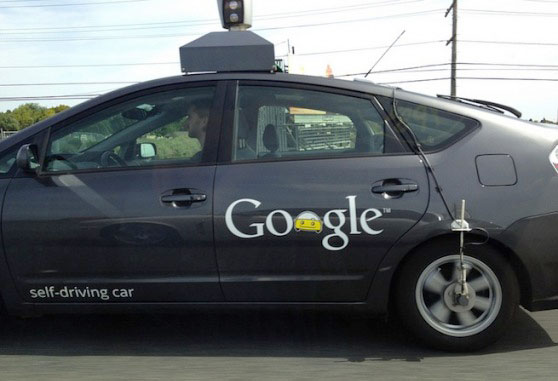 This week, California governor Jerry Brown signed a bill establishing safety and performance guidelines for autonomous vehicles operating on California’s roads. For now the ones to benefit most from this is Google and their self-driving Prius which has already logged over 300,000 successful autonomous driven miles. In an All Things D interview, Google co-founder Sergey Brin says, “These cars have the potential to avoid accidents. … They can save lives and reduce congestion. I expect that self-driving cars will be far safer than human driven cars.”

This does raise a lot of issues concerning insurance and general driver liability as part of the bill stipulates that all of these automated vehicles must contain a licensed, human driver able to manually take control at any moment during the drive. It’s hard to imagine a world where an EZ-PASS automated toll system would issue a speeding ticket to a vehicle driven by a computer. This contradicts everything about a connected, automated future we strive for.

But with humans able to take control of the vehicle at any time, I don’t believe we’ll be seeing an end to speeding and other traffic offenses anytime soon. The need for automated scanning against driver distractions will continue to exist and TransitHound is leading the pack. Berkeley’s vehicle-mounted cell phone detector ensures that drivers of trains, fleet trucks and cars stay on the road and off their mobile phones. 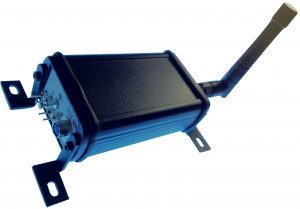 TransitHound is a distracted-driving watchdog.

Sergey Brin continues with his predictions on autonomous vehicles of the future.

“We have fairly ambitious goals. But you can probably count on one hand the number of years until people can experience this.”

Whether these autonomous vehicles start popping up in the next few years or not, there is an immediate need right now to enforce against distracted human drivers.