Home » Wireless Technology » Park And Charge Your Car In NYC 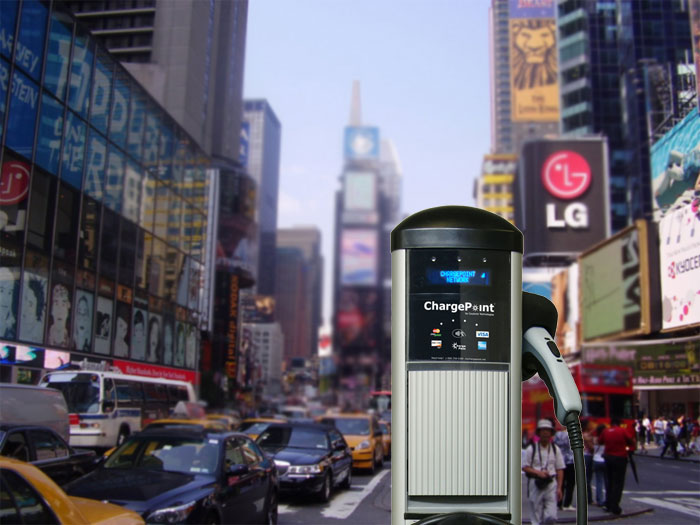 On thursday, NYC Mayor Bloomberg unveiled several city initiatives to improve the environment and health of New Yorkers. Among a proposed ban on styrofoam packaging and citywide food waste recycling plan, Bloomberg also called for the creation of 10,000 parking spaces for electric cars. The administration is quoted as saying they will “work with the City Council to amend the building code so that up to 20% of all new public parking spaces will be wired and ready for electric vehicles”.

The payment systems are left up to the same wireless technology found in our smart phones and this is where Squid-PRO M2M Installation Tools comes into play.

This aggressive plan calls for technological challenges on several fronts. We’ll put aside the construction, power delivery and safety issues to focus on Berkeley’s expertise – wireless. Fast charging infrastructure required to power thousands of vehicles doesn’t come free or even cheap. If Mayor Bloomberg has his way, we will soon see electric vehicle charging stations on every street corner just like the ubiquitous MUNI meters we see now. MUNI meters are tied into the city’s grid for power but not necessarily for communications. The payment systems are left up to the same 3G wireless technology found in our smart phones and this is where Squid M2M Installation Tools comes into play.

Squid-PRO is used by engineers and installers looking to deliver their M2M (Machine to Machine) payment system data reliably. Since this data shares bandwidth with millions of SMS texts, data and voice calls, picking the right placement for M2M receivers and antennas as well as the best (i.e. strongest signal) wireless carrier becomes critical. Squid-PRO scans for all the major carriers (AT&T, Sprint, Verizon, T-Mobile) and lists RSSI (Received Signal Strength Indicator) in true dBm values for engineers. Berkeley’s Squid-PRO takes the guesswork and “Can you hear me now?” giving real word measurements to the pros that need them.